Hi All, please bare with me on this.

I'm an electrician with experience of automation and control but none on this boiler!

Pulsacoil A class with both on peak and off peak feeds, the off peak being switched through a time clock.

I was called to a friends flat where she has had no hot water for eight weeks. I was presented with an empty header tank, a burnt out 'on peak' contactor and contactor carrier, a story of it leaking a couple of years ago (no more details on that) and how she can never have a bath unless the booster button is used.

As a get out of jail fix i wired the on peak supply to the feed side of the off peak contactor and wired the bottom immersion heating element to the load side.
This gave her hot water when needed for the three days until i could source a new contactor and carrier.

The hot taps had been run so the water in the tank was now cold and the plate heat exchanger was now warmish but found both contactors were not switching to heat the water back up, the right hand 'off peak' contactor was not switching because it could not see an 'off peak' voltage (normal) but the left hand 'on peak' would not switch either, even when the boost button was pressed.

Diagnostics said "s6 sensor shorted", cannot remember off hand but got a high resistance of this sensor in the tens of K-ohms. it also said S6 sensor calling, there is an 'on peak supply present and that the 'on peak' heater was on, which it wasn't. i'm not sure how a sensor can throw up "shorted" as a fault code but still recognise it as "calling".

I wired the on peak supply to the right hand 'off peak' contactors supply, pressed the boost button and the contactor switched giving 230V on the immersion to get her out of trouble and this is where i am with it. I cannot explain the DC voltages, why the on peak contactor will not switch (duff sensor?), or why the off peak contactor IS switching when the boost button is pressed even though the off peak is isolated.

both 5A din rail fuses are ok.

I think that's about it, sorry my description is a mess. If you need clarifying on anything then please shout.

These photos were taken after i had wired it to give her heating so ignore cable locations. 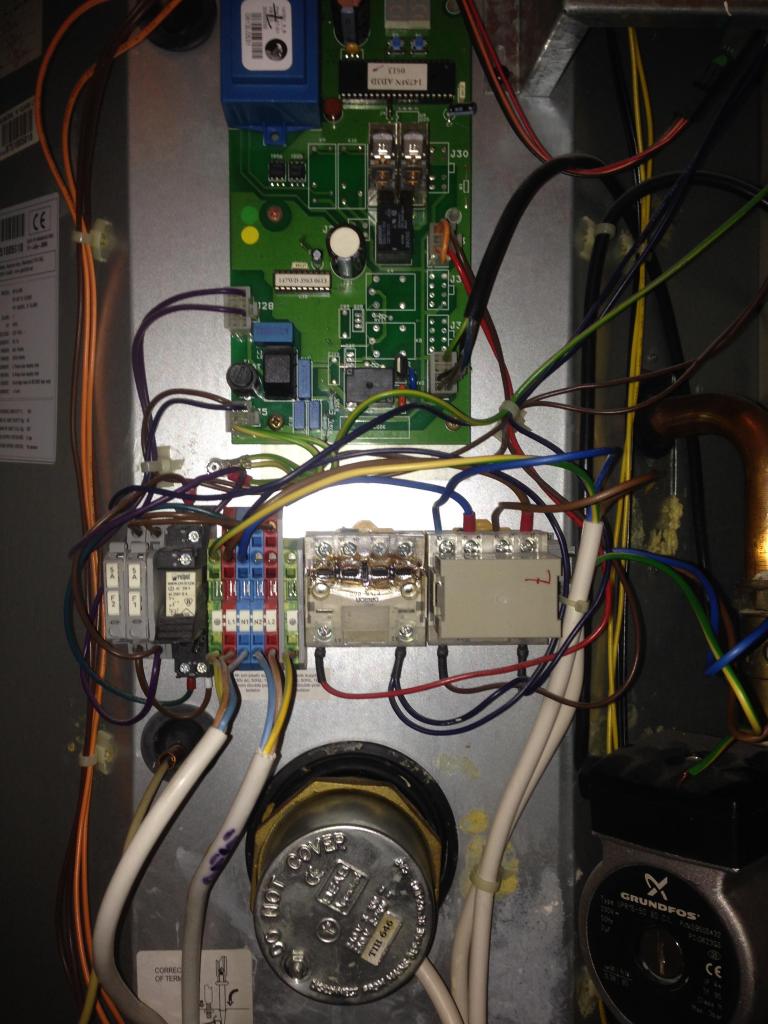 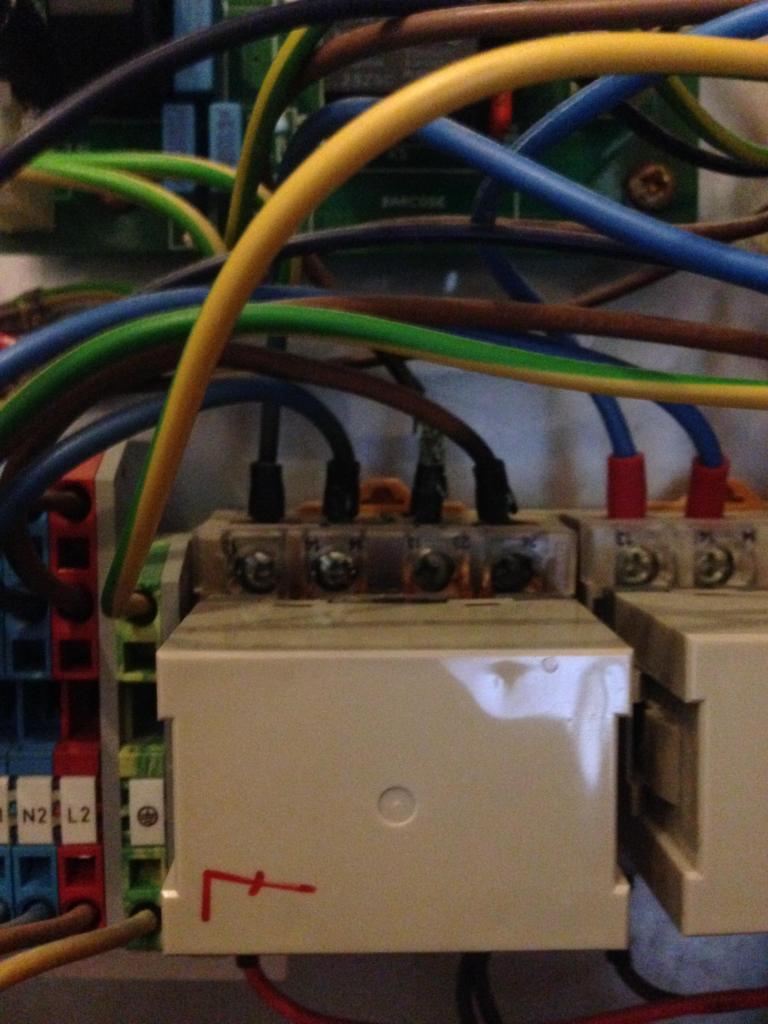 Hi Mike thanks for that info. Assuming they replace the omron Relays, this doesn't address the issue of no 230vac on the 'on peak' relay coil when the boost button is pressed or the strange DC voltages i'm getting on the coil side of both of those relays. If it was my boiler i'd replace the whole lot and be done with it but you know how it is